The GERSL carried out a series of field trips to the Kapli Dag mountains in Turkey with the purpose to rediscover Mar Barsaum Monastery located on a hill-top in 2000 and 2004.

One of the most famous monasteries fortresses of all the Orient. A site with a considerable importance for the universal history. It is there, where were composed the three big chronicles, so precious for the history of the Syriac Orthodox Church: the Chronicles of Michael the Syrian, the anonymous Chronicles of 1234, and, in its major part, the Chronicles of Barhebreus.

The builder monks profited from the first heights of the Kapli Dag Mountain to establish natural defenses. The peak is a long ridge stretching towards the northeast; its average width is around fifty meters. The ruins are localized in a space starting from the crest line of the Kapli Dag in three distinct levels, the inferior, the middle and the superior. The distance from the top point to the lowest one is more than 100 meters. The low and middle levels are sandy and rich in vestiges, such as potsherds with etched decoration (in particular a place which seems to have been recently visited by looters). The upper level is a huge agglomeration of rocky slabs with remains of well-established fortifications.

For more on Mar Barsaum, please refer to the Publications Section. 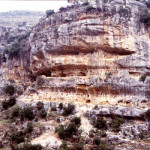 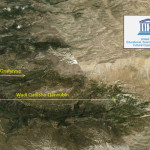