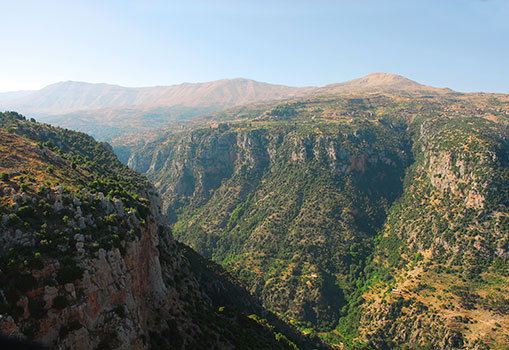 The GERSL undertook pioneering tasks in surveying and publishing important researches on the Qadisha Valley after documenting systematically nearly 100 natural and historical sites (check our Publications page); The discoveries and the explorations carried out by the GERSL contributed directly to increase awareness on the natural & cultural heritage of the place; consequently, the local authorities listed the Qadisha Valley on the National Heritage List of Lebanon followed by a international declaration made by UNESCO in 1998 putting the Qadisha valley along with the Cedars Forest of Bsharri on the World Heritage List (categorized as a Cultural Landscape).

At present the GERSL, and after completing the surveys (mapping & documentation) of the Qadisha Valley, is undertaking detailed and thorough analysis in collaboration Phoenix Center at USEK University, Lebanon.

Some of the most important works & discoveries: