The GERSL discovered Asi-l-Hadath Grotto in Qadisha Valley between 1988 and 1993. The elements of the discovery and related studies were published in French in 1994 (Momies du Liban), then the results of some studies were issued in Arabic in 1998 (Liban Souterrain 5th edition) and an illustrated overview was published in English and Arabic in 2011 (Asi-l-Hadath Lebanon History of a Grotto).

The discoveries made in Asi-l-Hadath Grotto, ranging from mummies, embroidered silk & cotton clothing, vases and coins, to manuscripts, represent a major stepping stone into the Medieval Archaeology in Lebanon, due to the explanatory dimension they gave to some historical episodes and components on the social, cultural, and structural level. What is the story of Asi-l-Hadath grotto? What are the historical perspectives that allowed this discovery to be one resplendent with lessons and morals?

During the Crusaders (1099 -1291 A.D.), a part of what was known as historical Mount Lebanon (Jibbat Bsharri, Jbeil , Batrun, Jibbat Mnaitra) belonged to the administrative County of Tripoli, which extended geographically from the bridge of Maameltein near the city of Jounieh southward, to the country of Tartus in Syria today. Asi-l-Hadath Grotto belongs to the village of Hadath-l-Jibbat, situated in Jibbat Bsharri; it was named Asi (impenetrable) due to the difficulty of access to it. The majority of the inhabitants in this region were Maronites, and they had a relationship of faith with the Church of Rome on the one hand, and an alliance and friendship with the Crusaders on the other. But this relationship was not without its problems, due to the nature of the Westerners dealing with the local population, in addition to the Ayoubi Mamluk factor that ended the Crusade presence and returned the areas under their control to the Islamic rule.

The serious attacks against the region of Bsharri began in 1268 A.D. when the Mamluk Sultan Baybars surrounded the city of Tripoli and seized one of its towers. However, his attacks did not lead to conquering the city, so he ordered his army to seek revenge against the Christians in the mountain who inconvenienced him during the siege. Therefore, many villages, churches, and grottoes were destroyed and their inhabitants killed. One of those villages was Hadath-l-Jibbat and its surroundings.

The regions belonging to the county of Tripoli gradually fell in the hands of the Mamluks one after the other. Yet, in 1281 A.D. Sultan Qalawun signed a peace treaty protecting all the County lands with Bohemond the Seventh of Tripoli for ten years.

In the midst of this Crusade-Mamluk treaty, a Mamluk campaign headed in 1283 A.D. to Bsharri region, and destroyed villages, killing the people or leaving them destitute. This campaign has two versions: the first was reported by the head of the chancery offices in the Mamluk court Mehyi ad-Din ibn Abd az-Zaher; the second was a comment written in the margin of one of the Maronite manuscripts discovered and published by Patriarch Istfan ad-Dwayhi. 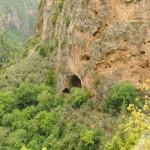 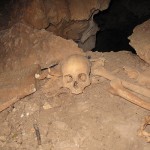