This valley is located in the vicinity of  Hadshit Village, in the Qadisha Valley. The field work and researches carried out by the GERSL shed light on a great number of built heritage (water mills, stone bridges, rupestrian monasteries & painted chapels) and caves most of which goes back to the 12th and/or 13th century A.D. The results were published in the GERSL journal Liban Souterrain 1, 2 and 3. It is worth noting that one sinkhole was used as a burial site around 1400 B.C.; the date is corroborated by some typical pottery of that period.

Below is a bried on some of the most important sites: 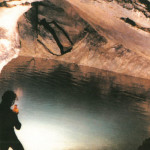 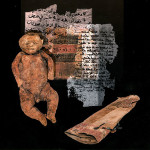